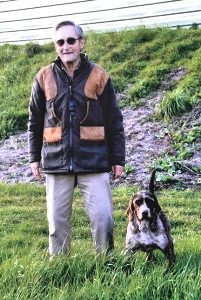 A native of Germany, Sigbot “Bodo” Winterhelt always held a deep love for dogs. As a child in the late 1930’s, he gave shelter to many stray dogs, unbeknownst to his father, who forbid him to have one. After the military occupation of WWII, when Germans were banned to have firearms, Bodo survived by spear-hunting any game he and his four terriers could find. Badger was a prized catch and brought a good price for its use for shaving brushes. To his knowledge, he was the first person in Germany to be allowed by the British to possess a shotgun. He used it in his work as a guide and trainer in 1946. His love for his animals was affirmed at times when he would go hungry, in order for his dogs to eat. With his passion always being in the proper care and treatment of hunting dogs, he made his life as a gun dog trainer.

In coming to North America in the 1950s, he witnessed hurried ‘car hunters’ display such lack of respect for the game that he was motivated to share his knowledge. Bodo saw these men drive along the road where birds were, shoot, pick up what they could quickly find and move on. They did not take the time to find the down birds. To Bodo, a responsible hunter must take the time. It is owed to the game, and no game can be lost. He immediately incorporated dogs into their hunt, and began the education that dogs must be trained and hunters must be taught. This focus on ethics and responsibility to both game and dog helped Bodo start NAVHDA.  One of the guiding rules of the organization was to test dogs against a standard as opposed to each other. This procedure leads to a more harmonious atmosphere in the dog-training world. 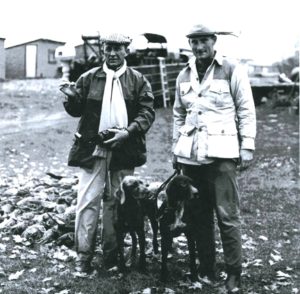 Several years ago, the NAVHDA implemented a dog registry for versatile hunting dogs, which went against Bodo’s beliefs. He told The Pointing Dog Journal, “I founded the organization and spent forty years of my life developing and improving the system for one reason only, to test versatile hunting dogs. That system worked well until (the implementation)… I was against this from the beginning. I knew that all-breed registries do not help improve any breed. They are just moneymakers. Any dog can get a pedigree. All-breed registries are just a slap in the face for all dedicated breeders. And they open the door for puppy mills.”

Bodo left the organization he started, and in January 2011 began the Bodo Winterhelt Pudelpointer Organization.